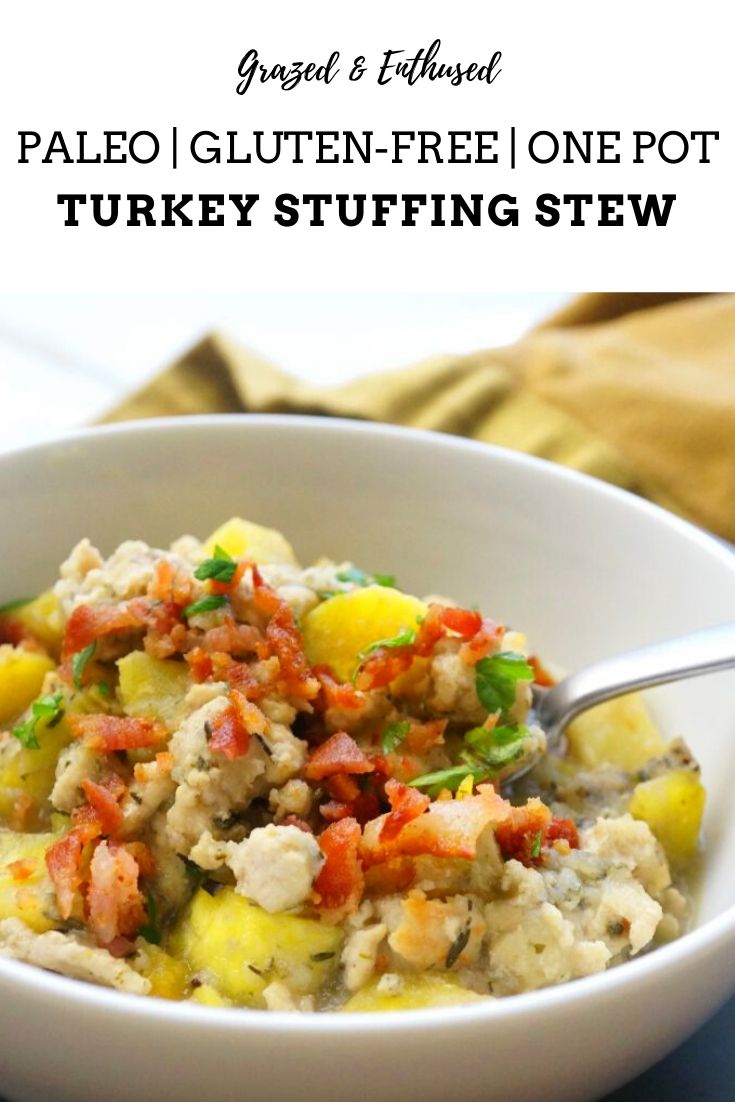 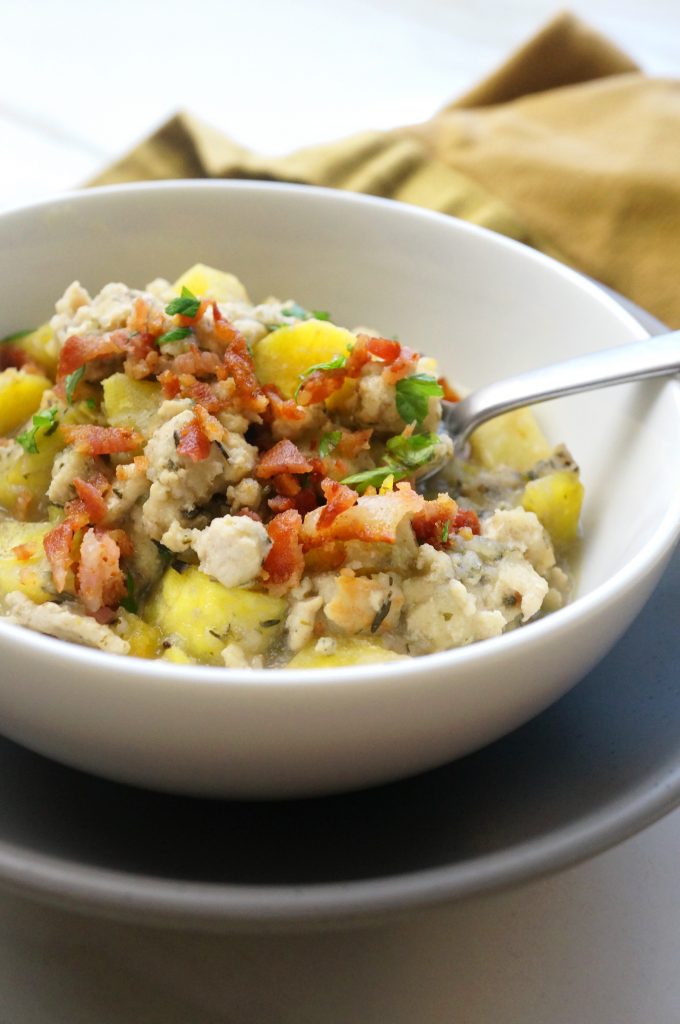 This one-pot Turkey Stuffing Stew tastes just like the holidays! It’s Paleo, AIP, Whole30 and gluten-free to boot. The perfect solution when you’re craving Thanksgiving and it’s not November!

I’ve been craving Thanksgiving stuffing like it’s the third week of November. It’s not. While I could make a whole Thanksgiving feast any day of the year, it takes away from the specialness of that ONE nostalgic day. Instead, I turned my craving into a nutrient-packed Turkey Stuffing Stew. It’s full of rich and salty flavors and tender cooked plantain in place of the croutons.

It’s savory, comforting and filling. Everything you love about Thanksgiving in one bowl! Well, except the pumpkin pie.

If I had to design my perfect Thanksgiving menu, it most certainly would include a double recipe of stuffing. Making grain-free stuffing can be challenging, if you’re trying to recreate the “bread” component. Instead I use starchy unripe green plantains that cook in the broth until tender. Cooked green plantains take on an almost dumpling-like texture. And I have to say they’re ridiculously addicting.

We’re a big fan of plantains in this house. Here are some other ways you can utilize plantains in your gluten-free kitchen.

I do recommend doubling this recipe if you have a family of four with hungry eaters. It’s a very easy recipe to increase – simply double all the ingredients. The cooking time should stay the same! 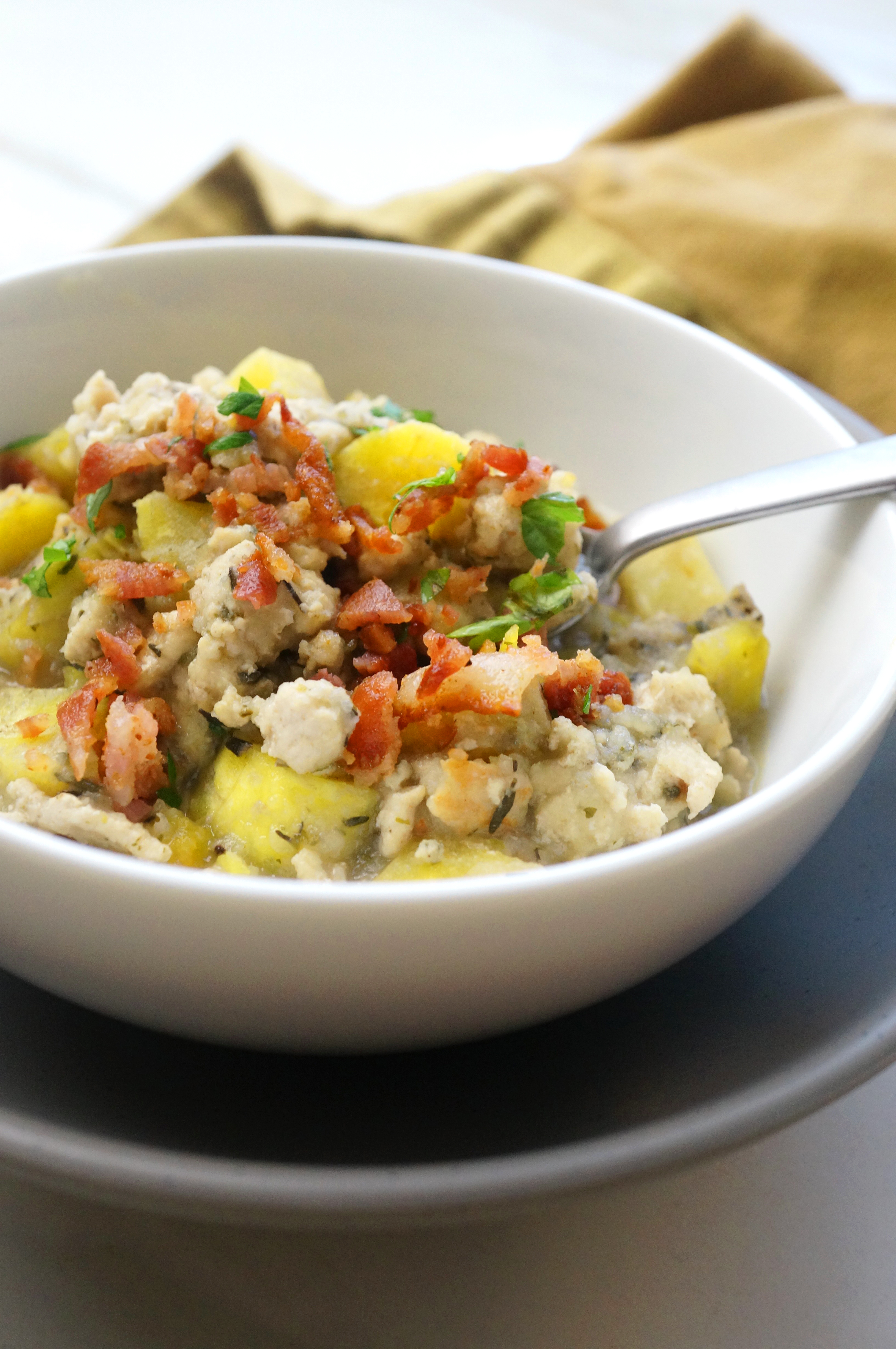 To make recipe in Instant Pot, "Saute" bacon until crispy and set aside, "Saute" veggies and turkey with seasonings in bacon fat until golden, add broth and plantains, seal the lid and pressure cook on "Manual" for 8 minutes. Top with crumbled bacon.