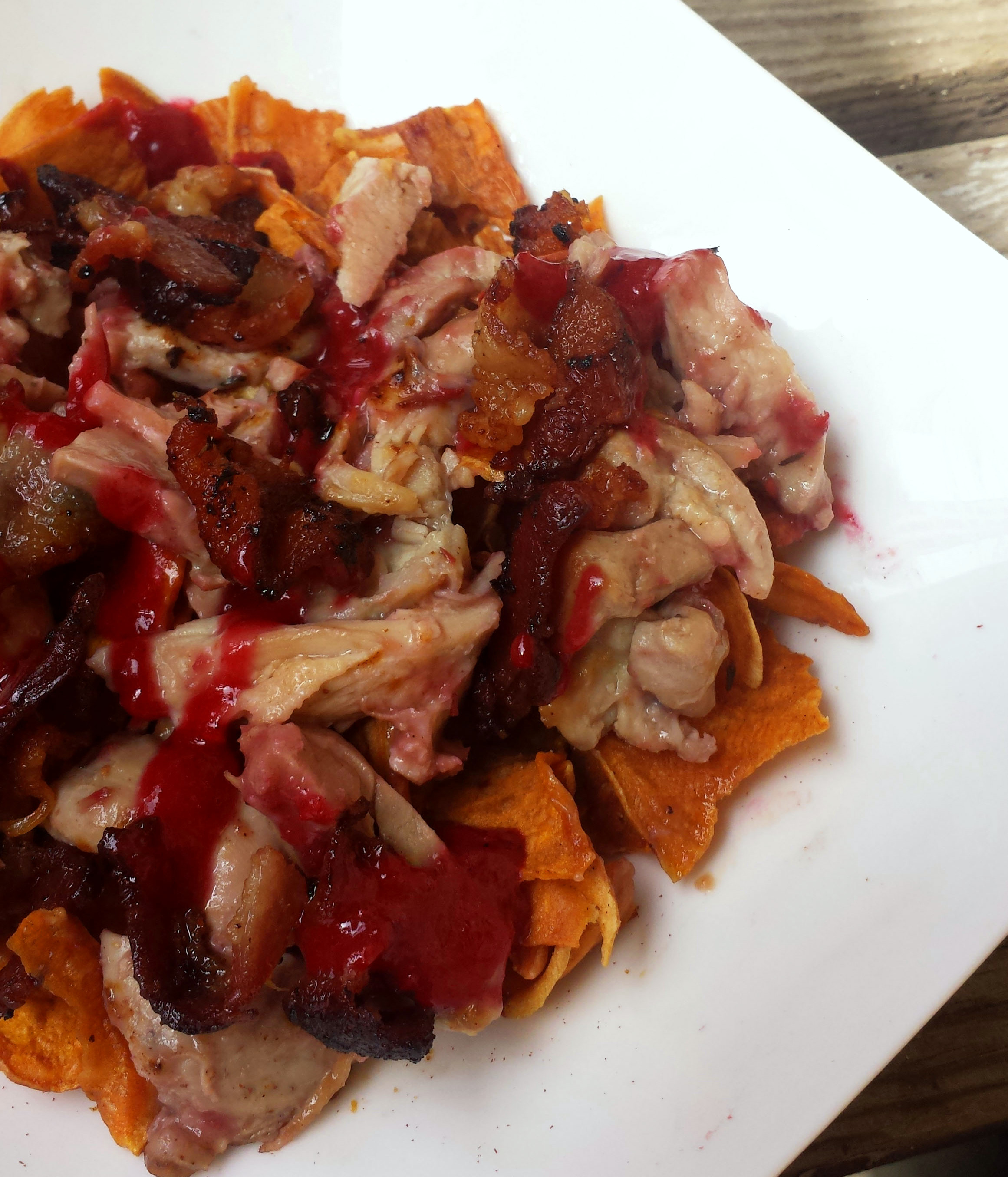 Most women probably don’t eat a plate of nachos two weeks prior to their wedding, but I did. Why? Because they’re freakin’ made of fruits & vegetables.

If you haven’t gotten your paws on Jackson’s Honest Sweet Potato Chips you need to find a way. Hatch a plan. If it involves a getaway car and a Brazilian alias, don’t feel ashamed. They truly are THAT good.

If you want to go about it in a legal manner, just order a case from their website. I cannot do such a thing because I can easily (and have three times now) eaten an entire bag in one day.

I love BBQ anything. We used to grill all the time when I was little. My favorite foods were BBQ chicken, coleslaw, and steak.

Not much has changed actually. My favorite part of a BBQ meal is using the moist towelette. That lemony scent is very satisfying. I feel so clean after. Like I didn’t just eat a pound of meat.

Below I’ve given you two versions of AIP nightshade-free BBQ sauce! One is Tangy & Fruity made with cherries, plums, bacon, fresh thyme and a bit of honey! The second is Smokey Cherry-Thyme which is made without the plums and apple cider vinegar instead!