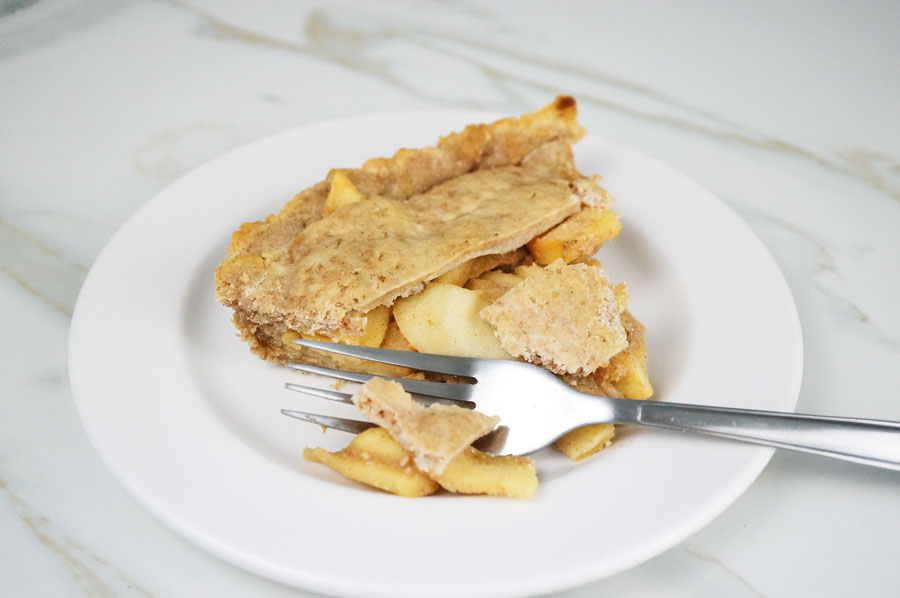 Once I developed this apple pie recipe, I debated back and forth on whether or not to put it on the blog. It’s very delicious, and as an apple pie lover myself, it definitely satisfied my childhood memories of the treat my father used to bring home for us when my mom wasn’t looking!

I have used this pie crust recipe before for cold pies (i.e. key lime pie, banana cream pie) so that not just the topping but the crust is served cold or room temperature as well. Since it is made from arrowroot starch, it sort of solidifies at room temperature and colder, negating the gelatinous properties of the starch when cooked and warm.

But because of the amount of liquid in the recipe via coconut oil and water, when warm the starch is a bit gooey – which isn’t how you would describe a traditional pie crust. But what’s better than warm apple pie and cold coconut milk ice cream? Maybe a Friends marathon, but I can’t think of anything else.

SO with that said, I did ask my Facebook followers what they thought about AIP treats that mimic the taste of a traditional comfot food but may be a little off texture-wise. I received a resounding “We don’t care. We are just happy to have foods that resemble our old favorites that we can still enjoy with our friends and family.”

I have to say that is exactly how I feel about the whole deal. While I have heard some people say, “If it doesn’t taste, feel, and smell like the real thing, then I don’t want it.” Well if that is you, then I suggest serving this pie cold with a scoop of homemade coconut milk ice cream and going about your evening.

I have given fairwarning of arrowroot’s two-faceness! If you don’t mind a softer, chewier crust then by all means serve this puppy warm (again with coconut milk ice cream because gahhhh) but don’t say I didn’t tell you!

I also made a DELICIOUS Apple Pie Ice Cream using leftover pie this week in my brand NEW ice cream maker! It would be more accurate to say “hijacked pie” as my husband probably would have preferred I didn’t hack up the last 2 pieces for another of my silly recreations. But whatever – he was at work and he had no idea he was eating his friend for dessert until I told him.

TO  MAKE apple pie ice cream – chop up 2 slices of pie into small pieces and mix into two 13.5 oz cans of coconut milk that has been sweetened with 2 tbsp honey and 1 tsp cinnamon. Add this mixture to your ice cream maker and run per manufacturer’s directions (about 50 minutes for mine). It was so creamy and I loved the little frozen pieces of apple pie. This treat is also fairly low sugar – about 2 tsp per serving which is always a win and makes such a great late summer treat when you’re grasping for those last bits of BBQs and picnics before fall and school starts back up again! 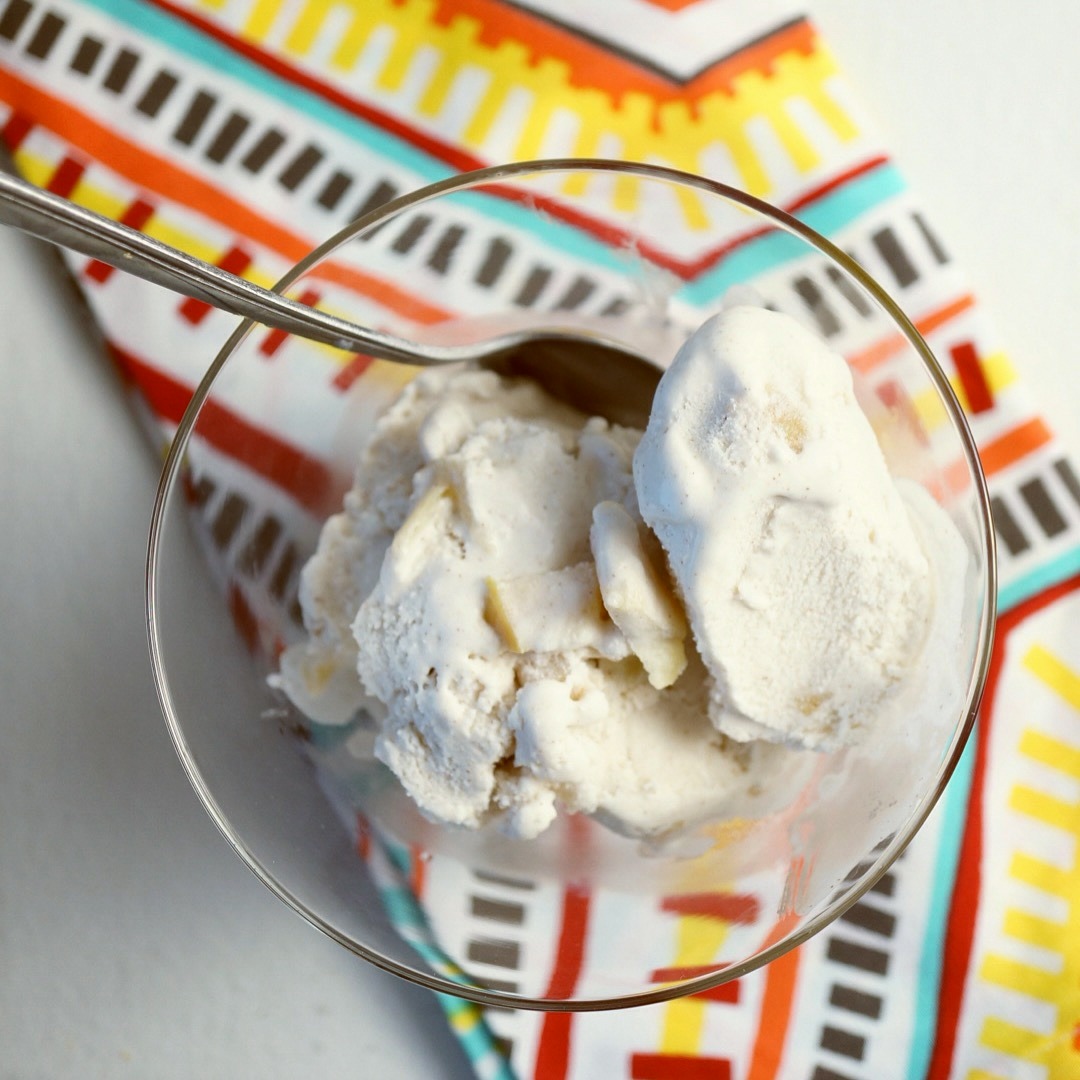 NOTE: Due to the arrowroot in the crust, it is important to let the pie cool to room temperature prior to serving or place in the refrigerator and serve cold for optimal texture. Once the pie cools, the arrowroot crust will set into a traditional rustic pie crust. Serve with  coconut milk ice cream.