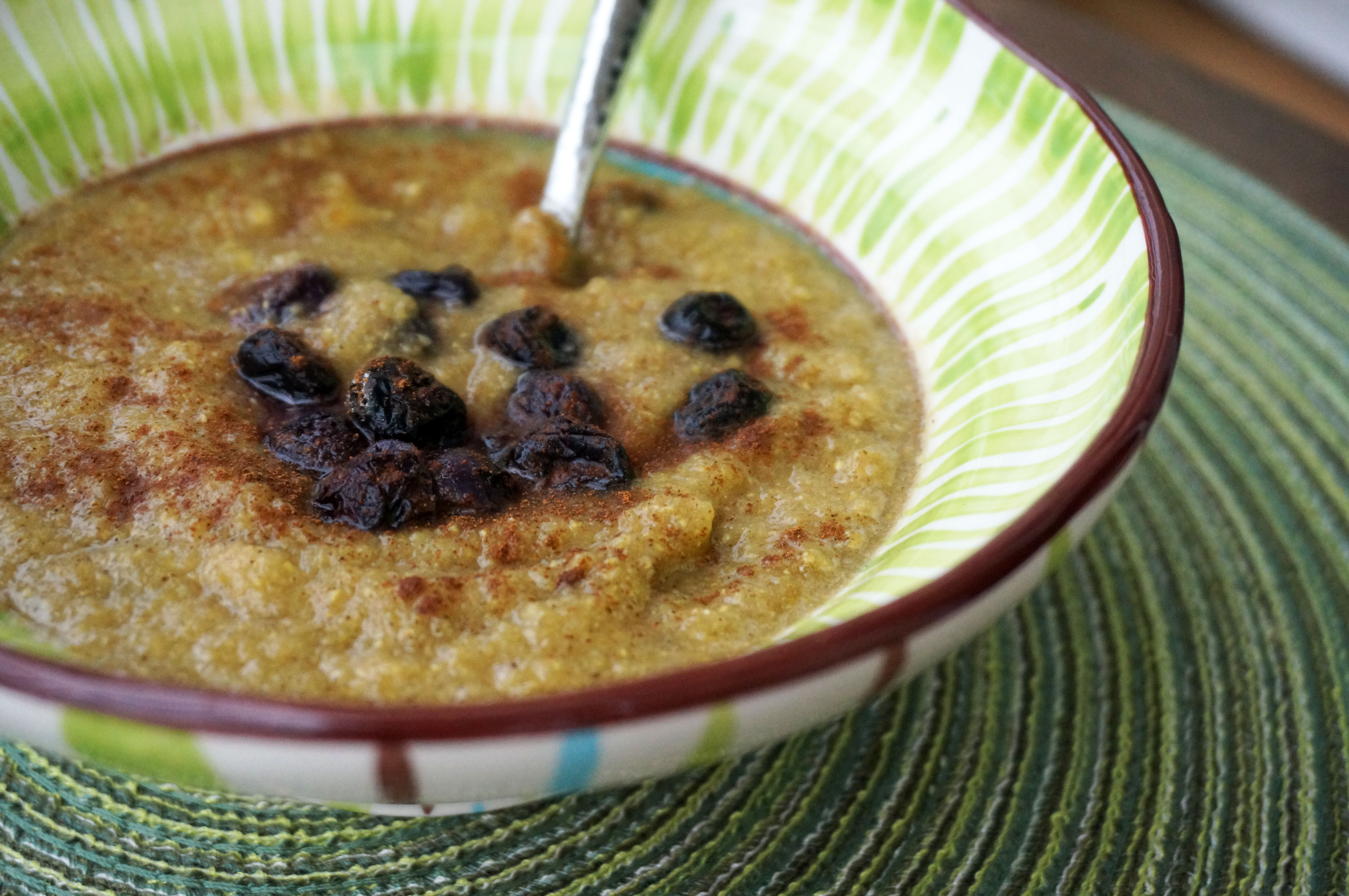 With the successful launch of 85 Amazing AIP Breakfasts, I realized how many people LOVE their morning meal. Like a deep, earth-rattling passion for your pancakes and cereal. I feel ya. Like I said in my post last week, it’s my favorite meal of the day even though life circumstances sometimes have me skipping it or postponing it to a time period called “lunch”. With my new early schedule, there won’t be much time for a proper breakfast, but I will definitely have 5 minutes to throw this together, which is why I wanted to develop an Instant Oatmeal recipe in the first place! Selfish motivations.

All of the AIP porridge recipes on the Web and in the e-book are made from coconut milk, starchy root veggies, or both! I know a lot of people following AIP have further restrictions such as GAPS, low carb, low FODMAP (replace honey with maple for low FODMAP), or starch-free diets, so this one is for you guys! If you can tolerate a little starch, there is also an option for you which will thicken up the oatmeal a bit. This recipe will make a thinner oatmeal (which is how I used to eat my Instant Oatmeal in college), which I enjoy as it doesn’t sit heavily in my tummy.

Feel free to play around with the flavors: apple cinnamon, cinnamon raisin, caramelized banana, carob, etc would all be super tasty here!