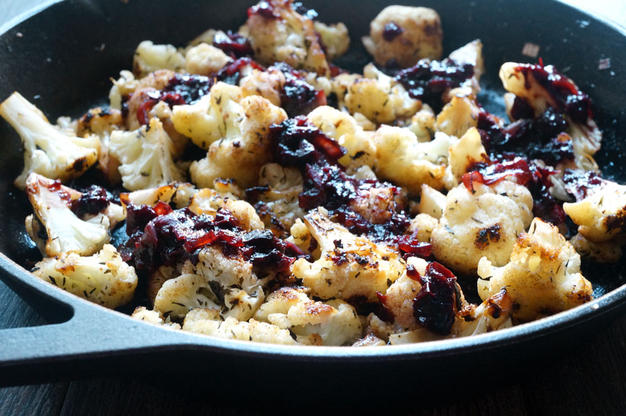 When I posted this photo on Instagram over the weekend, someone said they’ve never heard of such a combination of ingredients! Well, that is EXACTLY why I love getting creative in the kitchen. I don’t want to bring you guys a bunch of has-been’s you’ve found on other Paleo or real food blogs. Never boring.

I will describe this dish for you if you can’t imagine how it tastes. The cauliflower is salty savory thanks to a nice dose of sea salt and takes on the deep broth-y flavor. The cherry balsamic sauce is actually much more meaty than fruity! I use a fig balsamic vinegar that is fig paste mixed with balsamic, but you could use any fruit flavored balsamic or just plain balsamic. It ends up being a much more savory than sweet side dish, even if it looks fruity.

Make sure to use a nicely seasoned cast iron skillet. If you do not own a cast iron skillet yet, what are you waiting for? I recommend this one from Lodge that you can get on Amazon for an awesome price! Don’t be intimidated by working with a cast iron – they aren’t nearly as much upkeep as they seem! Once you have a good seasoning on yours (I’m still working on mine), it’s a matter of simply wiping down with a clean coat of olive oil after each use. I do sometimes use a non-lathering oil based soap on mine when I really make a mess, but often I can just wipe mine out with a paper towel. 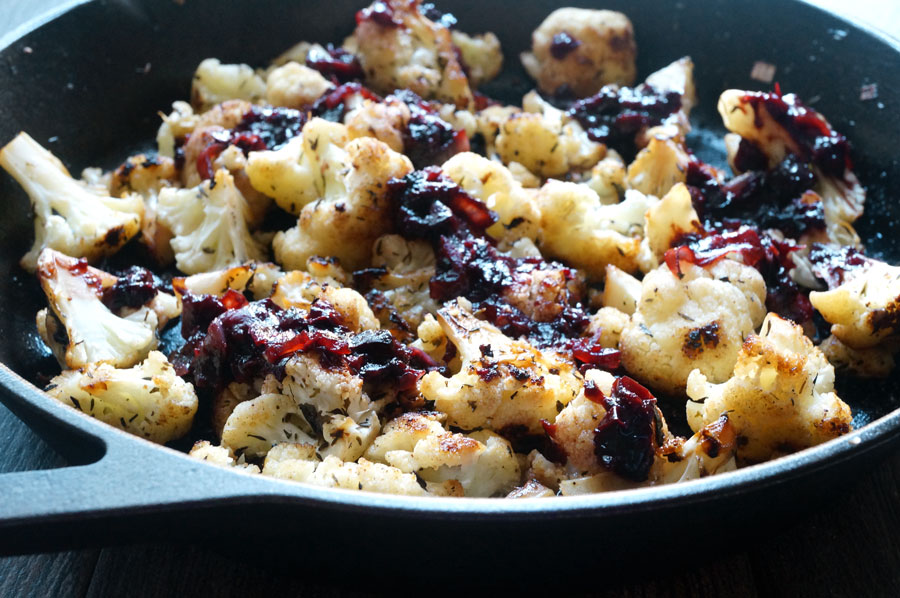