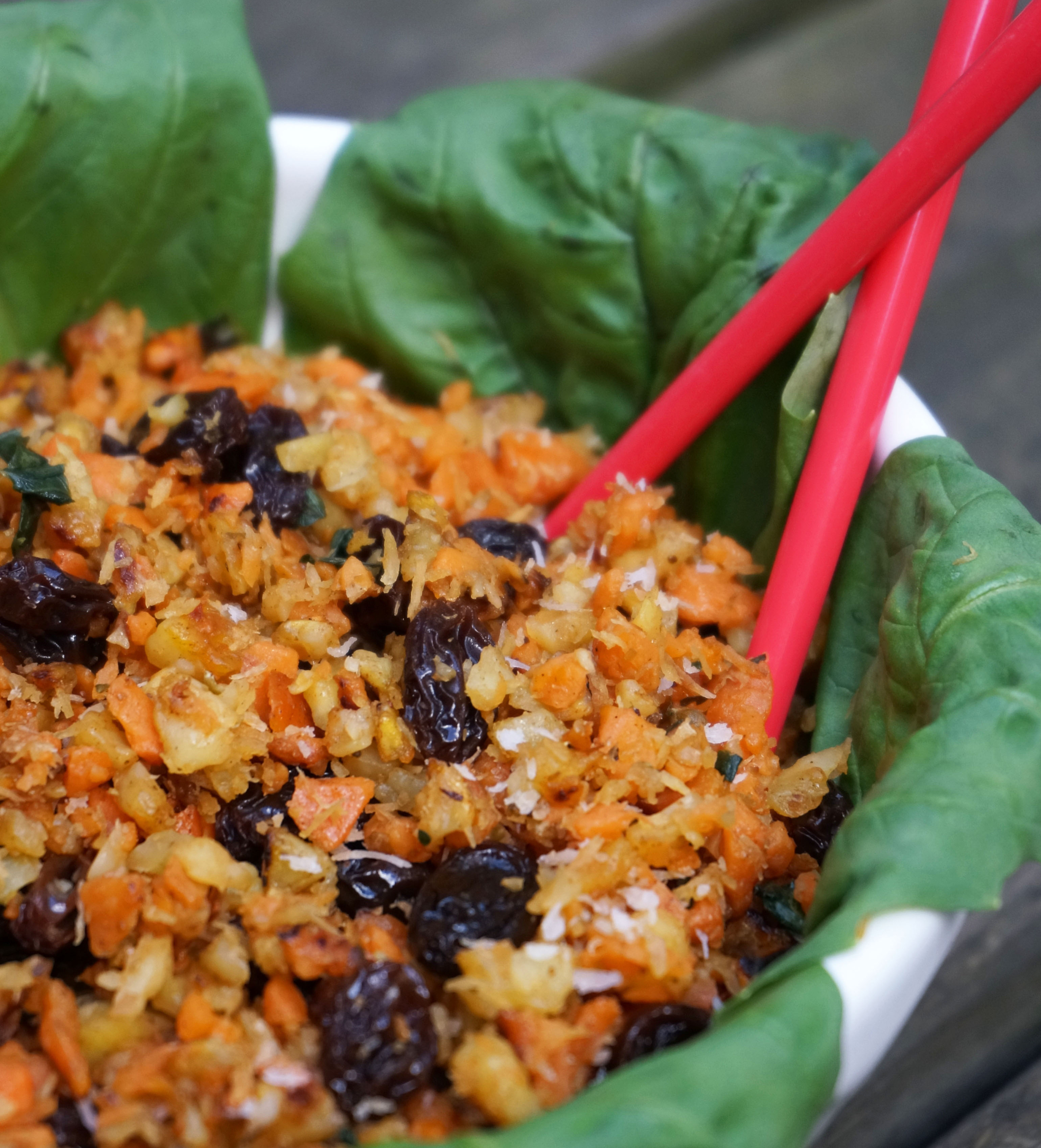 Oh my doodle, I could have probably eaten this whole recipe in one sitting. I snuck a bite of real rice about a  year ago, and I have to say…. no thank you. It’s just plain ol’ starch. Jazz it up with some spices and herbs, maybe a little dash of MSG and eat it to the tune of your favorite 1997 Zataran’s commercial, and I can see the appeal. But plain white rice (which I see popping up all ova Instagram) – BLAH!

That’s my opinion on something no one cares about. My husband ate a yummy looking rice mixture with similar spices at the Whole Foods hot bar in Atlanta this weekend, so I wanted to make an AIP version. Turns out, I couldn’t use 90% of the spices in the dish, so I said F-it, and used what we can on AIP. I cannot have turmeric, but if you can, then you can add 1/2 tsp to this dish. It will make you and everything else near you bright yellow though. I wonder if I could dye my doodle yellow using au naturel turmeric mixed with water? Don’t know WHY I would want to do that, but something tells me I’d get a real kick out of it.

Atlanta was BEAUTIFUL. I had no idea – I have only seen it on RHOA (Real Housewives of Atlanta) circa NeNe and Kim (are they still on the show?), so I thought I was signing up to get my butt whooped by a hyperactive woman outside a fancy Mexican restaurant. My memories of that episode may be blurry, but I believe that was the main itinerary of each show.

Atlanta has pretty rolling hills, old buildings, well maintained parks (wadup, Piedmont!?), and lots of hippie stuff that I like – I bought some handmade coconut oil soap and met a shopowner who told me that my wide hips are caused by a poor relationship with my father. Favorite moment. But really a store or business only needs to have 2 qualifications to make me fall in love: a jingly bell on the door handle and a strong reek of eucalyptus incense.