These Paleo AIP Lebanese Pork Hand-Pies contain all of the tastes of my heritage while still keeping true to the Auto Immune Protocol; best of both worlds! 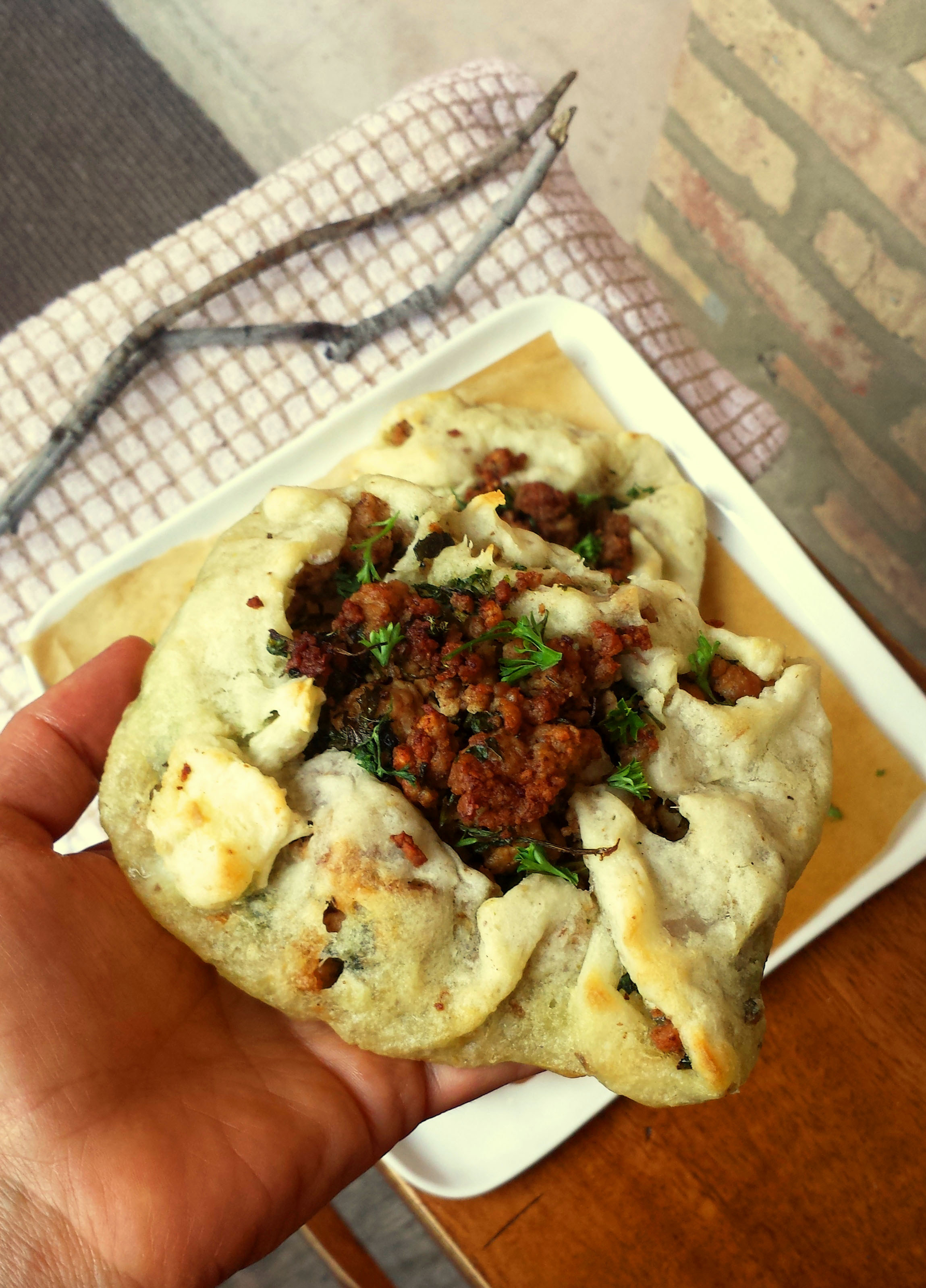 God my dog is good-looking. He seriously stops strangers in their tracks during rush hour in Chicago. Rafael makes 54-year-old buttoned up CEOs late on a daily basis.He asks me for “leg hugs” every few minutes too when we’re on our walks…where he gets on his hindquarters, wraps his arms around my thigh, and plops his head against me while staring into my eyes saying “I need you, Mommy.” So, how does that relate to paleo AIP Lebanese Pork Hand-Pies? Let me set the scene…

He’s so cute he makes my stomach hurt. So much personality in a tiny little fur body. I jest that he’s a reincarnated 3-year-old Indian boy who died in a train accident but wants a second chance at the joys of childhood. It sounds morbid, but I really hope I’m making some little ghost boy’s dreams come true. If you knew him, you would stop thinking I’m weird and start agreeing with me. I will admit to some odd daily Doodle behavior. #1 Every night before I fall asleep, I look up Instagram tags of #cockapoo so I can have pleasant poodle dreams and #2 I spend at least 15 minutes a day flipping through Rafael pictures in my phone even though he’s sitting right in front of me begging for physical contact

Speaking of India, which is close-ish to Lebanon, which is where my father is from… meat pies! Huzza! There’s a reason why the majority of cultures have some staple dish consisting of meat in/on/wrapped in dough. Is America’s the corndog? How refined of us.